With So Many 5-Star Google Reviews, You Just Know We've Been Doing Something Right.

We’ve been fortunate over the years to have worked with so many wonderful families and organizations and are very proud of the reputation we’ve built along the way.

Read even just a few of them and you’ll see why our attention to quality, detail and customer service has been a huge part of our success. 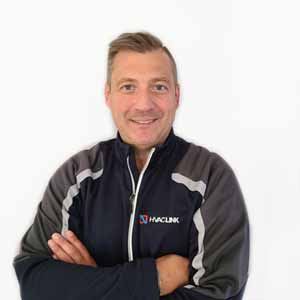 James and his team pulled through for me at the last moment! My A/C went at the worst time during the last few days of hot weather. With short notice our A/C was installed quickly as promised. I would highly recommend HVAC link to anyone who is looking for heating and A/C service.

James and his team were incredibly quick and the best price I could find. I highly recommend them for any furnace related services!

Both individuals were on time and professional. The work was quality. I would definitely recommend them for your HVAC needs.

Great service, could not be happier with our experience. Damien and Matt were on time, professional, and did clean fast work. Our old AC unit was failing so we called them and within a week we went from triage to quote to install. The installation was quick and they were very respectful and clean when working in and around the house taking away and recycling all of our old equipment. I would recommend them to anyone.

I got the name of this company through a contractor that I very much trust. James took my call right away, and had a person come by the next morning to fix a broken pipe. The man on site was fantastic as well, obviously knew what he was doing and was very clear in explaining what he was repairing. As an Architect and builder myself, I totally rely on a good team of people to work with. They must have the technical expertise, timeliness, competitive costing and very importantly, the ability to forge a good relationship with clients. I look forward to many more projects with James and his team.

Excellent purchase and equipment install of a full HVAC system plus hot water tank from start to finish. James assessed my needs and offered a good variety of quality equipment at several price points to suit my home and families' needs. The install was scheduled quickly with the very professional installation team of Damien & Matthew arriving on time, completing their tasks plus leaving the site spotless. The old system was removed for proper recycling as well. I would unhesitatingly recommend HVAC Link to anyone in need of Heating, Ventilation or Air Conditioning equipment or servicing of same.

A friend recommended HVAC Link to us when we had an issue with our boiler flagged by Enbridge. I spoke to James and he had someone here very quickly. The maintenance person was very nice, respectful and seemed very knowledgeable and dealt with the issue quickly and thoroughly. James followed up later that day to make sure everything went ok. It was a seamless experience and I would absolutely recommend this company. I will definitely call them with any future HVAC issues that come up.

Roisin Bennett - Add image I had a tankless water heater installed by HVAC LINK, James was very responsive and reasonably priced, I had the pleasure of meeting 1 of his team and he was polite, efficient and did a great job! Probably the most punctual company I have ever dealt with... I highly recommend HVAC LINK.

James was great to deal with, very responsive and professional and was able to supply the equipment for our church on a very short notice. We got 6 air purifiers and are very pleased with the reasonable pricing and professional service.

I got an air purification system installed and I have nothing but good things to say. Not only did I find their prices the best, but their team was so easy to work with too. James was a pleasure to deal with, and Matthew, the tech, was amazing. He knew exactly what he was doing, and was so patient after to make sure I knew everything about the product and how it works. Amazing experience overall!

Fast and reliable, I called at 9am on a Holiday and the service tech was at my house within 2 hours with all the parts needed to repair my furnace. The tech explained the problem and fixed it right away. I also felt the price was more than reasonable. I will definitely keep their number handy for future HVAC needs.

James and Matthew were prompt, professional and the price for service was excellent value. I’m a DIY guy but got in a little over my head and really appreciated their explanations and of course the solution and advice.

Their team was polite and professional. Did a great job of removing the old unit, including all the ducting and wiring. Left the place tidy and removed all the debris. Great service.

I spoke to James Link and he told me I can buy the filter and change it my self and he told me how to change it to save the cost. He is a very honest person. I certainly would recommend and use his business in the future

Matthew was very polite and professional, did a wonderful job and talked us through everything we needed to know about our heater issue. Felt like we were in great hands with his knowledge and the job was done with quality and efficiency.

100% recommend. Definitely felt the prices were fair and they did a follow up a few months later too which was so refreshing to feel well looked after, even after their service was done. We had a friend recommend HVAC Link to us and when we called James, he was able to book us in quickly and in the middle of the summer heat wave! James was so knowledgeable, professional and efficient! He was able to diagnose the problem quickly, he explained it so well and gave us options on what to do. He sent someone over from his team once we decided, both Damien and James were great to work with! James followed up a few months later, such a perfect mix of professional and personal service. We've used other companies in the past and HVAC Link goes above and beyond anyone else we've ever worked with! When winter time came along, we contacted them and once again received excellent service! We'll definitely be reaching out to them again for any future needs!

From businesses to governmental agencies, we offer a complete range of commercial HVAC services.